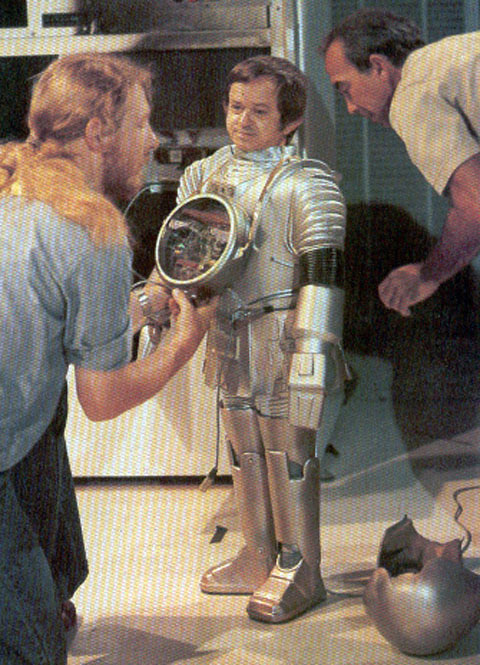 Another performer suits up as a robot - in this case, it's Felix Silla as the wisecracking ambuquad TWIKI (voiced primarily by Mel Blanc) in Universal's 1979 film and subsequent NBC television series, Buck Rogers In The 25th Century. Genre vet Silla also portrayed (in conjunction with Johnathan Harris' voice performance) the IL- Series Cylon "Lucifer" (and, presumably "Spectre" as well) on the original Battlestar Galactica, as well as an Ewok in Return Of The Jedi.
Posted by Christopher Mills at 11:37 AM