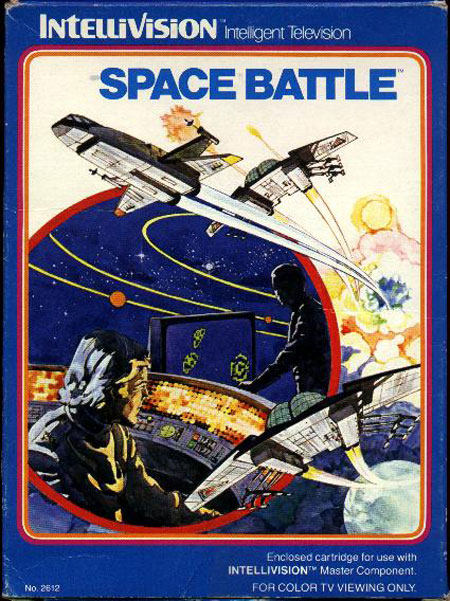 In 1979, Intellivision released a video game cartridge called Space Battle. Produced by APh Technological Consulting for Mattel, the game was pretty typical for its time, with the player tasked with shooting enemy spaceships out of the sky with a targeting crosshair sight. The ships were vaguely pancake-shaped, sported twin laser cannons, and often employed a distinctive "flipping" maneuver in order to evade the player's shots. 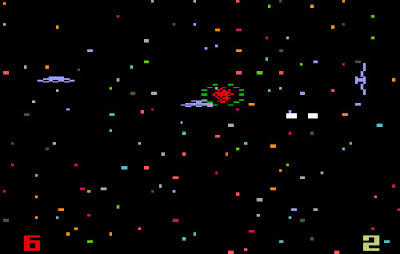 Not unlike a certain popular television spaceship, in fact.... 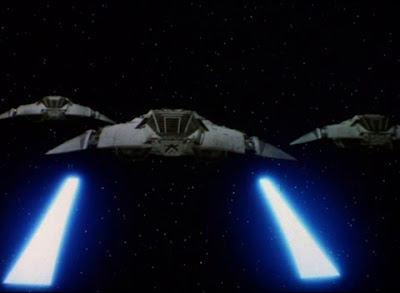 Legend has it that Mattel, having the license for the Battlestar Galactica toys, assumed that their license included video games, and put their team to work creating a Galactica game cartridge. Well, supposedly it turned out that they didn't have those rights after all, so they quickly had the game altered to remove text references to the television series and changed the name. I don't know that this story is true, but it has a reasonable ring of verisimilitude, considering the timing and the company involved.

Of course, it may also have been that they did have the rights, but as the show wasn't renewed after its first and only season, Mattel decided to simply change the name and not pay Universal the licensing fee.

I like the package art. Those ships certainly resemble thinly-disguised Vipers and Cylon Raiders, don't they?
Posted by Christopher Mills at 8:16 AM