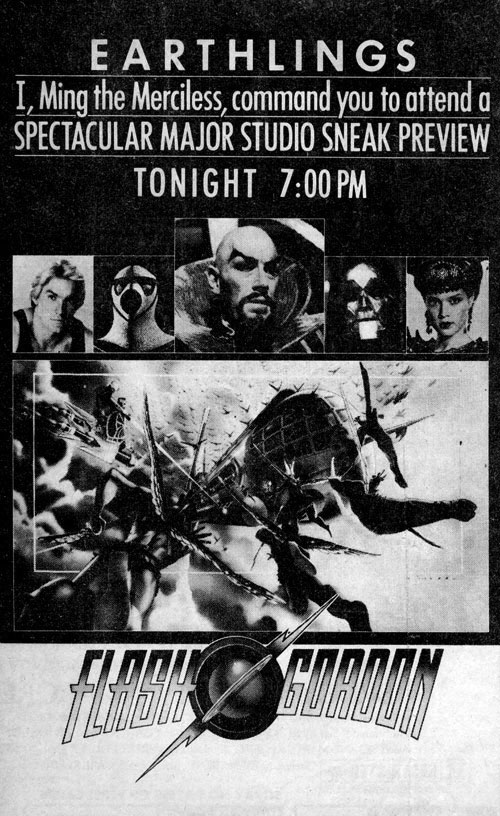 Thirty-two years ago(!) the Dino de Laurentis/Mike Hodges feature film adaptation of the Alex Raymond Flash Gordon comics strip hit U.S. theaters - a holiday treat for genre fans. A colorful, enjoyably campy interplanetary romp, it remains one of my favorites from the era.

Sure, someday I'd like to see a talented filmmaker craft a more "serious," swashbuckling adventure take on the material, but I've been reading a lot of Flash comics over the last two weeks, and to be honest, they're actually pretty damned "campy" - if unintentionally and un-cynically so - in their own right, so the 1980 film is a legitimate (and faithful, in its way) approach to the material.

Here's a cool newspaper advertisement for an advance preview showing of the film, probably from the first week in December, 1980.
Posted by Christopher Mills at 9:52 AM