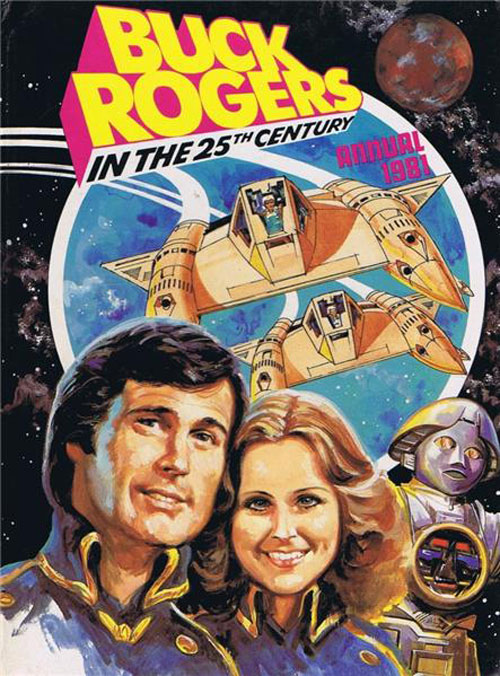 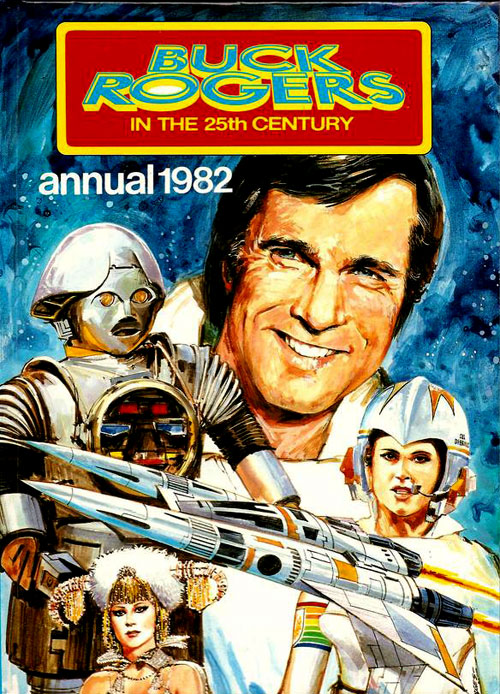 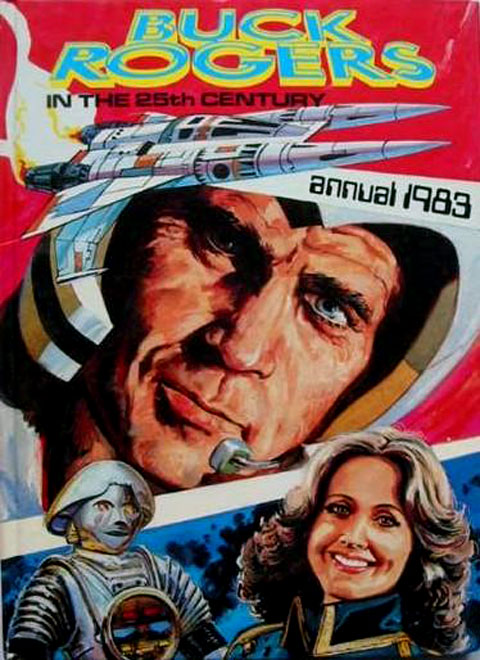 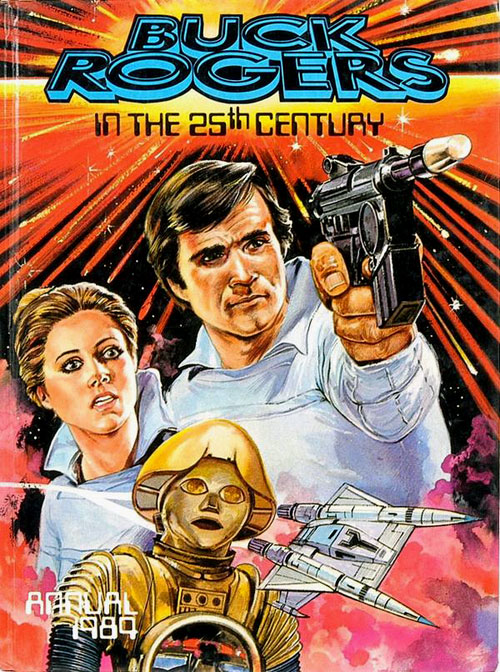 Here are the covers of the four British hardcover annuals (1981-84) devoted to the 1979 NBC television series, Buck Rogers In The 25th Century, starring Gil Gerard and Erin Gray. These volumes contained reprints from the Gold Key/Whitman Buck Rogers comics along with new material. If any Star kids from across the Pond can identify the cover artists (1981 and '83 appear to be by the same hand) or can provide more details of the contents, I'd appreciate it if you'd post the info in the comments.

As I've mentioned, growing up in the U.S., I never owned any of these distinctly British collectibles, but they fascinate me. Someday I may have to start trying to hunt down copies of these books, particularly the Buck, Logan's Run and Space: 1999 volumes.
Posted by Christopher Mills at 3:25 AM