AT THE EARTH'S CORE (1976) Theatrical Posters 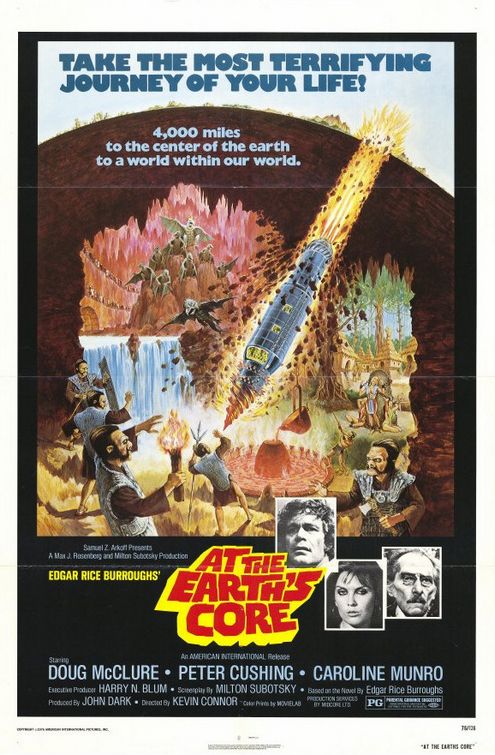 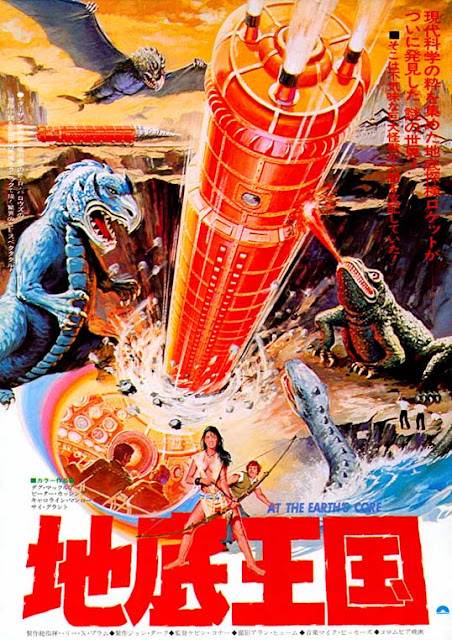 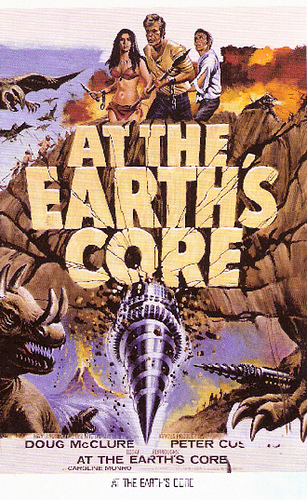 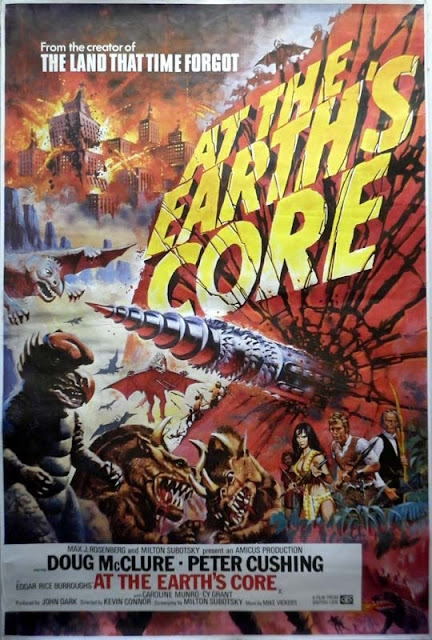 Today we have a few of the International theatrical posters for the 1976 John Dark production of At The Earth's Core. Based on the novel by Edgar Rice Burroughs and directed by Kevin Connor, Core starred the ubiquitous Doug McClure (The Land That Time Forgot, Warlords Of Atlantis) and co-starred the great Peter Cushing (Star Wars) and the stunning Caroline Munro (Starcrash), in a tale of cliffhanging adventures in the savage inner world of Pellucidar.

Despite of - or perhaps because of - its primitive special effects and man-in-suit monstrosities, I have a great affection for this movie, and have ever since catching it on network television back around 1977. It's actually fairly faithful to the Burroughs novel (abridged, of course), even if it presents truly fanciful monsters rather than the paleontologically accurate prehistoric beasties of the book. Cushing is a joy as Prof. Abner Perry, the brilliant but absent-minded inventor of the "Iron Mole," and Caroline is a perfect primeval princess. McClure is decent, too.

Sure, I wish it had a bigger budget and Ray Harryhausen-animated creatures, but it's a fun - and favorite - 70s Lost World flick.
Posted by Christopher Mills at 1:03 AM