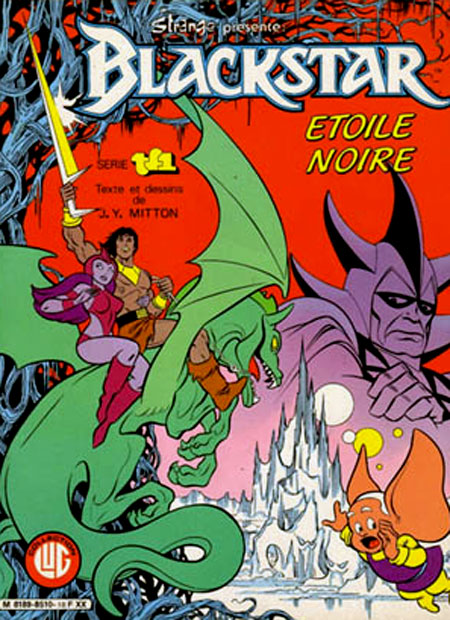 Apparently, Filmation's 1981 animated series, Blackstar, had a lot more merchandising than most of their (pre-He-Man) shows - and certainly considerably more stuff than I was aware of. Much of it appears to have been European, with a wide variety of action figures and other toys. As far as I know, there weren't any English language Blackstar comic books, but there was at least one French one, as the scan above illustrates!

I still have a lot of affection for this show, despite those annoying "kid friendly" Trobbits. I think it's pretty much the only American sci-fi television show - cartoon or live action - that actually represented the "sword & planet" subgenre, and I've always dug that kind of story. Sure, it owed a debt to Flash Gordon, but it also owed quite a lot to the interplanetary swashbucklers of Edgar Rice Burroughs and his imitators.
Posted by Christopher Mills at 6:49 AM