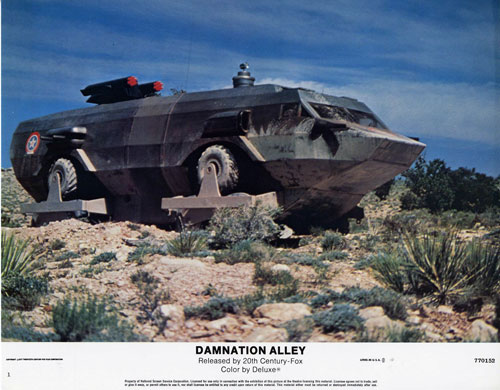 Back in 1977, 20th Century Fox had high box-office hopes for a big-budget science fiction film that they had scheduled for release that summer. That film was not George Lucas' Star Wars, but a post-Apocalyptic road movie (very) loosely based on a novel by science fiction author Roger Zelazny, titled Damnation Alley. 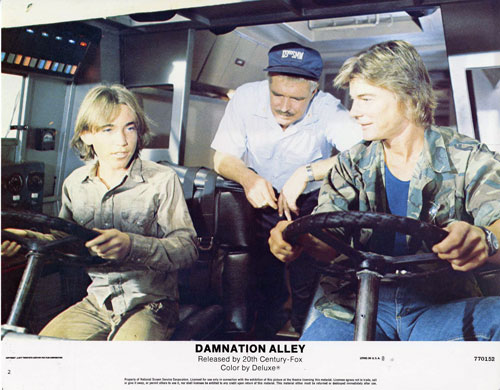 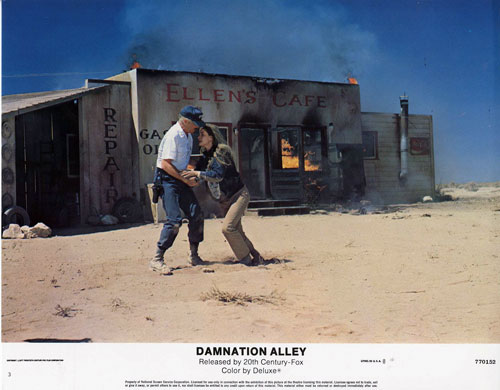 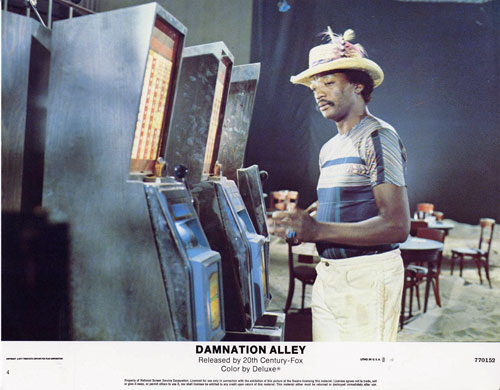 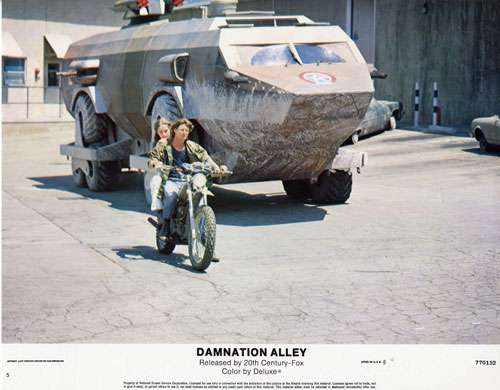 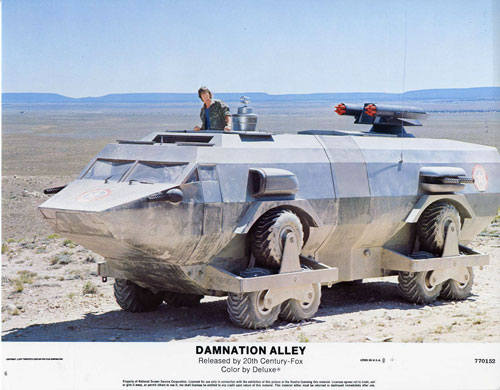 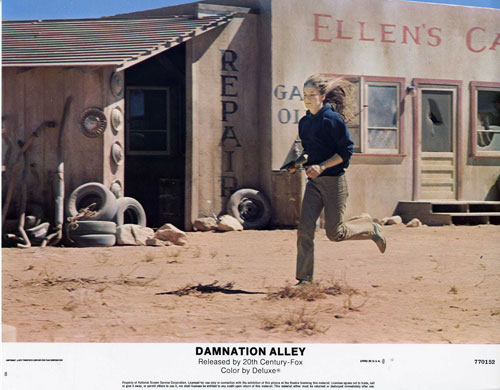 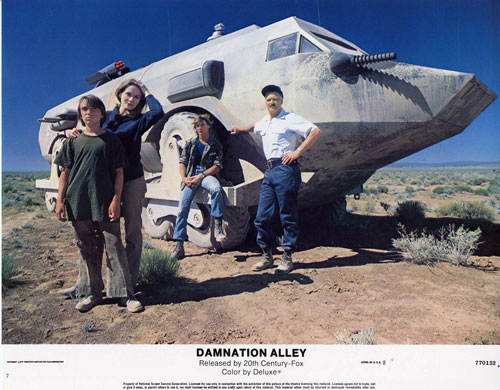 The sole redeeming cinematic element of the film is the Landmaster vehicle itself - a formidable, super-RV with a unique tri-wheel drive, armor plating and missile launchers. Built at a reputed cost of $300,000 - $350,000 by Hollywood custom car guru Dean Jeffries, the Landmaster is undeniably cool.

Which is, obviously, why it played such a prominent role in the film's advertising... including these lobby cards.

I generally don't use the adjective "cheesy" when describing vintage genre films; too often it's just a euphemism for "old" used by those with a lack of perspective or appreciation for anything created before their birth. But Damnation Alley - from its dumbed-down script to its sloppy (even for the time) optical effects work - is a cheesy science fiction film.

Posted by Christopher Mills at 10:26 AM