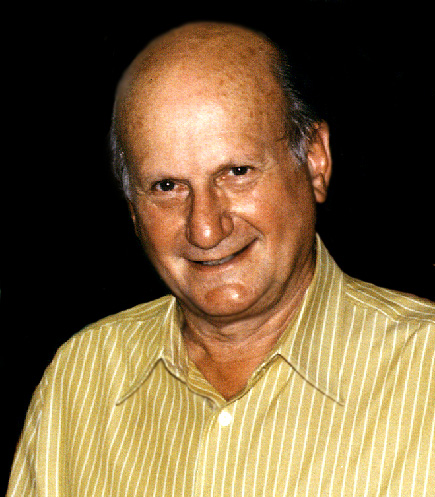 I've just learned that producer Gerry Anderson, creator of the Space: 1970 television favorites UFO and Space: 1999, has passed away at age 83. Anderson, who also produced the 1969 sci-fi feature, Journey To The Far Side Of The Sun (a/k/a Doppleganger), the TV special, The Day After Tomorrow: Into Infinity, and the 1990's program, Space Precinct, was diagnosed with mixed dementia two years ago, and moved permanently to a care home in October of this year. He leaves behind four children and his widow, Mary.

Of course, in England and elsewhere, he is probably best-known for his "Supermarionation" programs - including Fireball XL-5, Thunderbirds, Supercar, Stingray, Terrahawks and Joe 90 - which combined sophisticated puppetry with extensive miniature effects. Many of these shows aired in the U.S. during the 60s and 70s, but didn't have quite the cultural impact here that they did at home.

Obviously, I am a huge admirer of Anderson's live-action genre efforts. Space: 1999 and UFO are both milestones in the realm of 70s sci-fi, and classics of their kind.